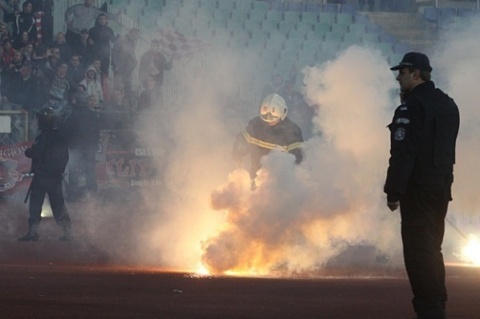 A total of 66 people have been ahead of the much-anticipated clash between Bulgaria giants Levski Sofia and CSKA Sofia, according to the country’s Interior Ministy.

There is increased police presence in downtown Sofia, according to reporters.

Police patrols have been also stepped up near the capital’s asylum centers, as reports have emerged that neo-Nazi football hooligans from both teams may attempt to assault refugees.

Earlier on Friday, Interior Ministry Chief Secretary Svetlozar Lazarov confirmed that a total of eight hooligans, including seven fans of Levski and one of CSKA, attempted to assault four foreign nationals “of African origin” in front of the Banya Bashi mosque in downtown Sofia.