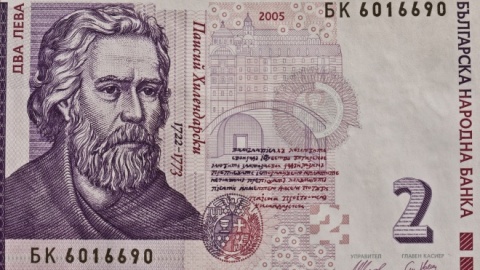 The bill of BGN 2 is going into history and will be replaced by a coin, file photo

The bill of BGN 2 is going into history and will be replaced by a coin, according to an announcement of the Central Bank, (Bulgarian National Bank, BNB).

BNB reports that in recent years the printing of BGN 2 bills has been generating losses for its printing house.

"The BNB printing house loses BGN 1.2 M annually from the production of bills and the establishment of the joint venture with our French partner would bring us the same amount in profit," said Friday BNB Governor Ivan Iskrov during a hearing in the parliamentary budget committee.

There he presented the partnership deal between the Bulgarian Central Bank and the third largest world producer of bank bills Fran?ois-Charles Oberthur International SA.

"We believe this deal will turn into a huge success for our country. Let's end the "production" of shopping malls, the destruction of sand dunes and the construction of apartments on the Black Sea coast. It is about time to start making high-tech products," said the Bank's governor.

In response to concerns about the transfer of the production of Bulgarian money to a foreign company, the Central Bank pointed out that for more than a century - until 1997, Bulgarian levs were printed in Russia, UK, Germany, and the US.

The BNB idea is to include in the joint French-Bulgarian company only its banknote printing shop, while the printing of securities, identification documents, vignettes and others, will remain the sole property of the Central Bank.

The Bulgarian printing house will have 30% stake in the company - through its non-monetary contributions (machinery and equipment), estimated at BGN 19 M, and Oberthur Group - a 70% share and a cash deposit of BGN 44.4 M.

The French company is the third largest producer of banknotes in the world and currently produces currency for 70 countries.