Blast Near Swedish Consulate in Benghazi 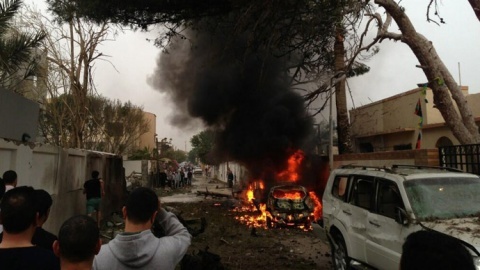 A car bomb exploded near the Swedish consulate in the Libyan city of Benghazi Friday, but caused no injuries, international agencies reported, citing a security official.

"A powerful explosion in front of the Swedish consulate caused serious damage to it and neighbouring buildings but no casualties," Colonel Abdullah Zaidi said.

The incident took place one day after Libyan Prime Minister Ali Zeidan was briefly "kidnapped" by armed men in the capital Tripoli, prompting speculations that it was a reaction to the US raid to capture alleged al-Qaida suspect Abu Anas Al-Libi in Libya on Oct. 5.

Libya is witnessing increasing violence over the past few months. On Oct. 2, the Russian embassy in Tripoli was attacked by unknown militants, with embassy buildings being fired at and the Russian national flag torn off.