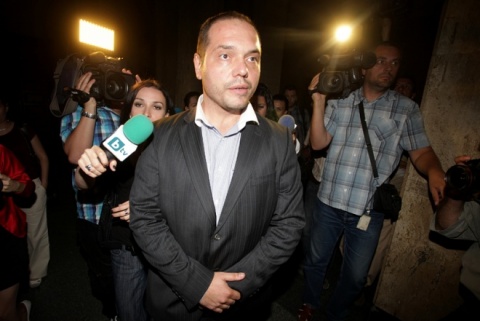 Bulgarian lawmakers finally managed Friday to release Filip Zlatanov from the post of Chair of the Commission on Prevention and Ascertainment of Conflict of Interest (CPACI).

Out of 171 present Members of the Parliament, 170 voted in favor of the dismissal and 1 against it.

This was the third consecutive, and finally successful, attempt to release Zlatanov, even though he resigned from the post at the end of September.

In mid-July, Bulgaria's prosecuting authority pressed charges of malfeasance in office against the Chair of CPACI, with Deputy Chief Prosecutor Borislav Sarafov citing excerpts from a "very interesting notebook" seized from Zlatanov's desk, indicating that he had received instructions about the progress of certain cases.

On Wednesday, Zlatanov's release was removed from the agenda so that he could be invited to attend. On Thursday, the vote was postponed on the request of the Bulgarian Socialist Party, BSP, because they demanded to have Boyko Borisov and Tsvetan Tsvetanov in plenary hall to answer questions about the initials in the notebook.

The Friday vote was once again marred by bickering and scandals.

Borisov asked to cancel it on grounds BSP leader Sergey Stanishev was not in attendance.

"Let's wait for the boy to wake up. He needs a good sleep, so let's wait and not debate anything," said he, turning to the leader of the predominantly ethnic Turkish party Movement for Rights and Freedoms, DPS, Lyutvi Mestan.

This prompted Mestan to erupt and deliver to the surprise of many a passionate speech about the agents of the former Communist State Security, DS.

"I would not allow the children of DS agents and of drivers of DS chiefs (referring to Borisov and Tsvetanov – editor's note) to judge DS. People, who took armed participation in crushing Bulgarian Turks' revolt against the Communist regime forcefully changing their names to Christian ones during the Revival Process (referring to Borisov – editor's note) cannot judge the leader of DPS," said Mestan, who has been exposed years ago as DS agent under the alias Pavel.

While he was speaking, GERB MPs shouted "snitch!"

Controversial MP from the ultranationalist party Ataka, Desislav Chukolov accused GERB of stirring scandals in order to divert attention from Zlatanov's notebook. Tsvetanov countered Chukolov was the last person to talk about morals after flipping off antigovernment protesters one week ago.

The Deputy Speaker of the Parliament, Maya Manolova, from BSP, also attacked GERB, saying she was stunned to hear them argue instead of being silent over deep embarrassment and shame, as she expected.

"Fidosova turned out to be the only man among you, and you are still hiding behind her large back," stated Manolova.

Borisov in turn took the stand to say the notorious notebook was sheer manipulation, and to explain he had asked Fidosova to leave because "the notebook fit her style."

He firmly rejected ever giving orders to Zlatanov and ever seeing the notebook.

"The initials B.B. are not mine as I never influenced these people. See, it is strange that just names of people from GERB, from the presidential administration, of my friends from the right wing are listed in this notebook as targets. There is no one from BSP or DPS, thus, whoever issued orders to Zlatanov must have worked against me," said the former Prime Minister and GERB leader.

Zlatanov has adamantly rejected earlier that the notes in his infamous personal notebook were instructions for his work, adding that they had been his own ideas and remarks.

He did not honor the invitation to attend the vote. His attorney notified the lawmakers that he did not have to as he was still facing legal procedures.