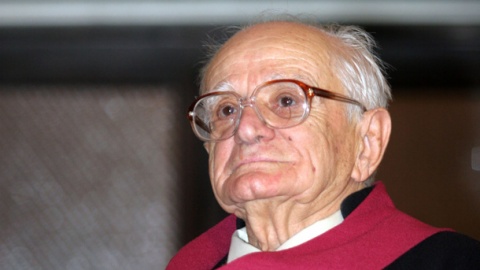 Prominent Bulgarian poet, writer, and translator, Valeri Petrov and the chairman of the Foundation Bulgarian Memory, Dr Milen Vrabevski, are receiving Friday the European Citizen's prize of the European Parliament for 2013.

Petrov was nominated for his indisputable talent, his contribution for reaching consensus among people and his contribution for maintaining the European spirit of the Bulgarian nation. The arguments for nominating Vrabevski read that his activities meet to the highest degree the criteria and the idea of the award.

Petrov was nominated by Bulgarian MEP and former Foreign Minister, Ivaylo Kalfin, from the Bulgarian Socialist Party, BSP, while Vrabevski – by the MEPs from the Citizens for European Development of Bulgaria party, GERB, Andrey Kovachev and Preslav Borisov.

The European Citizen's Prize was launched by the Parliament in 2008 to recognize exceptional achievements by Europeans. This year 43 people from 21 member states were selected for the prize in honor of their good work. They will receive their medals in national award ceremonies and in the European Parliament in Brussels in October.

37 Europeans received the award last year. Bulgarian cruise ship technician Petar Petrov, who saved hundreds of people aboard Costa Concordia cruise liner, was one of them.