NGO: Bulgaria Govt Should Resign Over Inhuman Treatment of Refugees 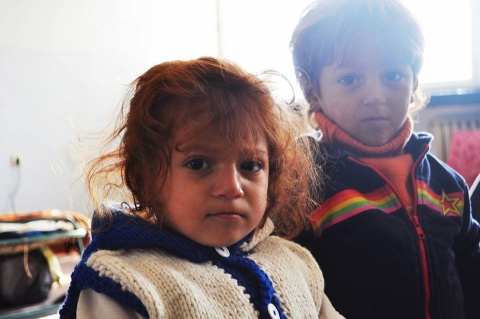 NGO has demanded the resignation of Bulgaria’s Cabinet over dire conditions in Syrian refugee shelters.

BHC insists that State Agency for Refugees (SAR), Bulgaria’s government body responsible for the admission and protection of Syrian refugees, fails to provide basic living conditions to refugees from Syria, therefore the entire government should resign, according to a statement issued by BHC on their website on Thursday,10 October.

Not only SAR employees rarely visit refugee shelters to inspect living conditions on site, even though they should, as it is their main duty, but they threaten with legal problems those refugees who complain against the dire conditions in the shelter, according to the NGO’s statement.

During visits on October 3rd and October 8th to the refugee shelter in the Sofia suburb of "Vrazhdebna”, BHC representatives have witnessed “inhumane living conditions”. BHC representatives describe the shelter as a crumbling building, without heating, lack of hot water, non-functioning sewage that imposes a significant health risk and a complete lack of medical care.

During their visits BHC representatives have not encountered any SAR staff members, according to the public statement issued by BHC.

Such “dire living conditions constitute a crime against humanity” and the situation at the shelters is “a critical one”, says the statement.