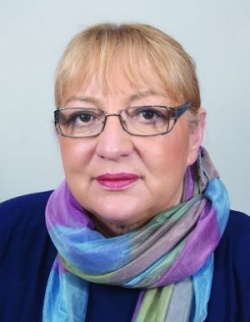 "Refugees are malignant tumors. A Muslim army of mass murderers is invading Bulgaria with the approval of the government. Ataka reminds that it is demanding the resignation of Interior Minister Tsvetlin Yovchev over the refugee crisis. How long will Jovchev flutter his eyelashes before lady reporters?"

Magdalena Tasheva, a lawmaker from the ultranationalist Ataka, speaking from Parliamentary tribune during debates on the proposal to close Bulgaria's southern border for asylum seekers.

Syrian refugees in Bulgaria have filed a complaint with the country's Discrimination Protection Committee over a series of shockingly xenophobic remarks coming from Tasheva, who has repeatedly insulted refugees, calling them "fiends", "scum", "cannibals", "savages", "Islamic fundamentalists who have escaped justice" and "terrible, despicable primates."