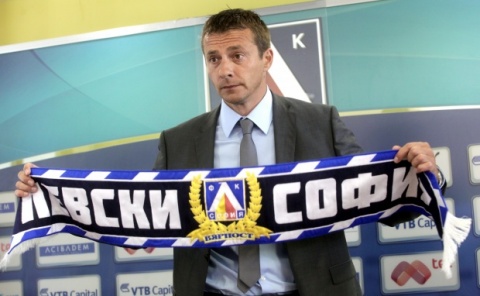 Levski supporters have stood firmly behind the coach, arguing he should be given time to change things around. Photo by BGNES

Bulgaria giants Levski Sofia are about to fire coach Slavisa Jokanovic, according to local media reports.

News website Gong.bg reported has reported that Ivaylo Petev, former coach of champions Ludogorets Razgrad, is “99.9% sure” to take over at the helm of the club.

“We have a training session tomorrow, I am arriving here thinking about work…I cannot tell you more, since I do not know,” Jokanovic, who arrived from a trip to Spain late on Monday, has told Gong.

The Serbian coach took the hot seat following Levski’s shocking defeat at the hands of Kazakhstan’s Irtysh Pavlodar in the first qualifying round of Europa League.

The team has continued to underperform and is currently sixth in Bulgaria’s top division. However, Levski supporters have stood firmly behind the coach, arguing he should be given time to change things around.