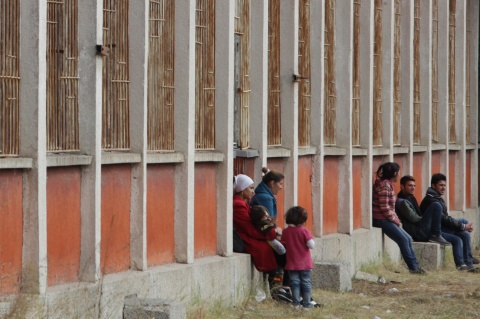 1200 illegal immigrants have been caught making an attempt to escape from the country, according to the Bulgarian Interior Ministry.

The total number of the illegal immigrants detained in Bulgaria since the beginning of 2013 stands at 6400.

A total of 1200 of the illegal immigrants detained in Bulgaria tried to leave the country illegally after having applied for refugee or humanitarian status, according to Svetlozar Lazarov, Chief Secretary of the Interior, as cited by the Focus news agency.

In Lazarov’s words, the 1200 refugees detained at the border prove that Bulgaria is fulfilling its commitments to the EU.

According to Zaharin Penov, head of the “Border Police” Chief Directorate of the Interior, most of the illegal immigrants caught while trying to leave Bulgaria were arrested at the Bulgaria-Serbia border.

These people are handed back to Bulgaria’s State Agency for Refugees.

According to Lazarov, almost 100% of illegal immigrants are detained with the current border control regime.