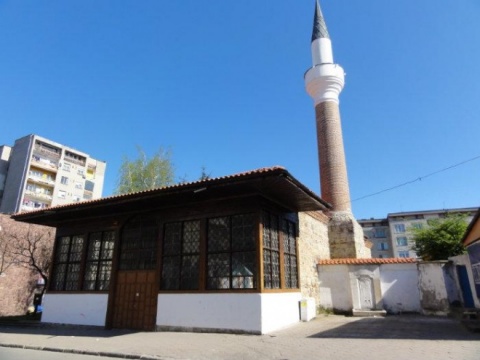 The mosque in the town of Kazanlak, Central Bulgaria, dates back from the 15th century. Photo by novinite.bg

Young men broke three of the windows of the mosque in Bulgarian town of Kazanlak on Saturday night, witnesses have said.

Two young men broke the mosque’s windows by pelting them with stone and ran away from the place of the incident.

The mosque in Kazanlak, Central Bulgaria, has been attacked several times for the past years, while its windows are regularly broken up.

In 2006 there was an attempt to set the mosque on fire.

Later on, the mosque was painted with swastikas in a highly offensive act.