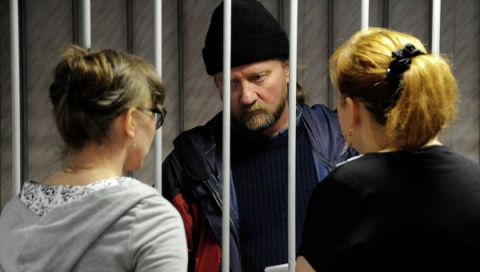 Greenpeace International’s director says Russia’s seizure of its ship “Arctic Sunrise” and the arrest of its crew is the worst “assault” on the group’s environmental activism since its flagship “Rainbow Warrior” was bombed in 1985.

"We will not be bullied and intimidated into silence,” Greenpeace International director Kumi Naidoo said Saturday, as cited by RIA Novosti. He demanded the release of the activists.
Last week, Russia charged a total of 30 Greenpeace activists with piracy.

The acrivists were detained aboard a Greenpeace icebreaker during a protest at an offshore oil rig in the Arctic last month.

The charges carry a maximum punishment of up to 15 years in prison.

On Friday, the Netherlands announced that it was initiating legal action against Russia to release the activists accused of piracy.