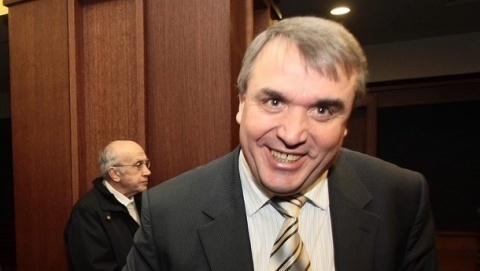 Political and private interests are behind the repressions against me, says Bulgarian energy consultant, Bogomil Manchev, CEO of Risk Engineering company.

Manchev spoke Saturday morning in an interview for the public television BNT.

This was his second appearance since the Prosecutor's Office officially pressed charges against him for energy sector fraud and large-scale mismanagement.

"Someone needs a political chewing gum – to pull wool before the public's eyes that they are fighting the energy mafia and the oligarchs. If I was an oligarch, would I be in this studio now? Of course no," he told the TV hosts.

Manchev is firm this was a turf war because someone wanted to redistribute the energy market by bankrupting "Risk Engineering."

"My company is the only Bulgarian energy company known on international markets. We work in 8 countries. If it does not receive contracted payments, it will be forced to lay off the employees it trained for 20 years, so the company might remain, but no one will work there," the energy consultant explained.

He believes someone has misled the prosecution and it was the individual who gave prosecutors documents. Manchev says the paperwork in the contracts is very complex and very difficult to understand by people who are not experts in the matter.

The consultant noted he has met with both Ministers of Economy and Energy – Dragomir Stoynev in the current Socialist-led Cabinet and Delyan Dobrev in the previous government of the centrist Citizens for European Development of Bulgaria party, GERB, and neither has discussed the issue with the Nuclear Power Plant in the Danube town of Belene.

On September 20, Risk Engineering's offices were searched in a special police operation against suspected fraud in the energy sector. Manchev's company is accused of having embezzled millions of euros in consultancy deals for the project to build a second NPP in Belene, despite the fact that its construction was stopped in March 2012.

Kozloduy is the site of Bulgaria's only NPP, while there is a debated project to build a second, Russian-sponsored one in Belene.

The special police operation came on the heels of Sofia City Prosecutor's Office launching on August 9 a pre-trial procedure for large-scale embezzlement and mismanagement. The main lead in the investigation are payments from the National Electric Company, NEK, for consulting services for the Belene NPP project, made after the previous government of the Citizens for European Development of Bulgaria party, GERB, decided to freeze it in March 2012.

Manchev insists Risk Engineering's contract with NEK for consultancy on Belene has not been terminated and was active and legal.