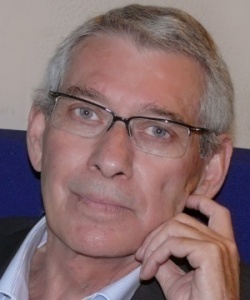 The statements made by the French Minister of Internal Affairs Manuel Valls, claiming that the Bulgarian (and Romanian) Roma citizens currently residing on French territory, should be expelled from the state as they have a "totally different lifestyle contradicting those of our citizens", made headlines around the world.

His big doubts regarding Bulgaria's and Romania's accession to the Schengen Area were also discussed in the international community.

Minister Manuel Carlos Valls was born on August 13, 1962 in Barcelona, Spain. His father is a Spanish painter who immigrated to France at the end of the 40s of the last century. His mother is a Swiss national of Italian origin. Thanks to his family background the Socialist speaks Catalonian, Spanish and Italian languages besides French.

Valls knows well what it means to be a descendant of immigrants and many people, including ministers from the French cabinet find it hard to explain the minister's xenophobe, even racist position regarding the Bulgarian European citizens - he considers all representatives of an ethnic minority as being all the same - a stand which the European Commission slammed immediately. Obviously Valls cannot be a direct heir of the author of the Essay on Inequality of the Human Races Joseph Arthur Comte de Gobineau -one of the founders of the contemporary "scientific racism". Meanwhile, some of the thesis of the German count that had inspired the ideologists of the German national socialism can be found in Valls' statements.

The disparaging arrogance towards Bulgaria, a new, but full-fledged member of the EU, remains incomprehensible....

It does not matter whether the minister's statements are part of the never-ending French pre-election campaign or whether they express his personal opinion. It is a fact that Bulgaria is bandied from mouth to mouth among the retrograde part of the "old Europe". British, Dutch, German and Austrian politicians are probably rubbing their hands with complacency, having received support for their growing anti-Bulgarian and anti- Romanian campaign by France, the capital of "freedom, equality and brotherhood".

Powerful media –among which authoritative Spanish newspaper El Pa?s- link the behavior of Manuel Valls (and the stand of Paris) to the report of the British analytical center Demos ,published in London on September 26. The vast document (264 pages) has the title
"Democracy in Europe Can no Longer be Taken for Granted".

The illustration accompanying the article in El Pa?s is not just an accidental idea: a sinister photograph, spreading out on four colons, is showing aggressive participants in a procession with cressets in Sofia, devoted to the founder of the Alliance of the Bulgarian national legions, Lieutenant General Hristo Lukov.

The authors of the research voice their concerns about breaching ancient democratic principles, which the European Union has been built on.

Bulgaria accompanied by few other EU countries shares the last place in the list regarding all the indications such as democratic discontent and public distrust, corruption and organized crime, legislature, freedom of press, human rights and attitude towards the minorities .

Several dimensions have been analyzed: the electoral and procedure democracy /political stability, rule of law, , control over corruption – it swallows annually 1 % of the GDP of the EU, Bulgaria loses annually EUR 604 M from concealing taxes which is 1.6% of the GDP- electoral activity, basic rights and freedoms, tolerance towards the minorities /position towards Muslims, Romas, homo-sexual people, immigrants /, citizens activity, support of the democratic political system, credit in the people, freedom of choice.)

It is disturbing to witness the revival and rise of extremist rightist organizations , with some of these organizations playing a considerable role in the political life of their country (maybe that is the reason why the Bulgarian photo was published on the second page of the Spanish newspaper with largest readership.)

The authors are giving recommendations to the EU for stopping to step aside of its basic democratic principles, reminding of article 7 of the Treaty of the European Union, according to which the prolonged non-adherence to these principles can deprive a EU member country of its EU rights.

The two problems – the attitude of some of the political elite in France, Great Britain, Netherlands, Germany, Austria and other allied to Bulgaria countries and its citizens and the unstable basis of the democracy in Bulgaria are narrowly connected.

Maybe these are the two sides of the same coin.

When the living standards of a considerable part of the population are on the verge of the misery,. when the system securing the rule of law fail when faced with corrupt practices, when questionable appointments are made in the state administration, when Sofia hails the intervention of foreign diplomats in in Bulgarian internal affairs, when Mps from the opposition"are physically present but are politically absent" from the parliamentary hall, it is very hard protect the national interests even in the family of the European Union.

The ordinary arguments lose their power.

The global crisis will one day be over and the "friendship fire" at Bulgaria will weaken.

But establishment of stable democratic social-political relations in Bulgaria is more complex. It requires more time consuming and persistent efforts by everyone – from the ordinary citizen to the minister.