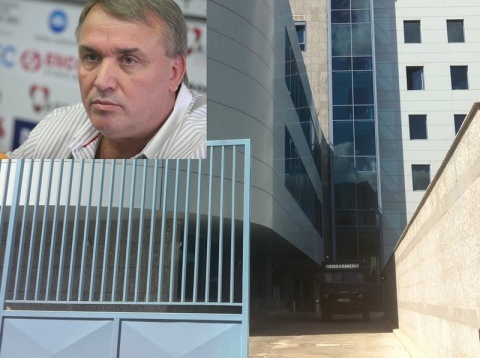 He was summoned Friday morning by the Sofia City Prosecutor's Office. His bail is set at BGN 1 M, reports the BGNES news agency.

Manchev was initially scheduled to be interrogated on September 25 on charges of large-scale embezzlement and premeditated mismanagement.

The hearing was postponed in order for the prosecution to have time to examine documents seized during a raid of Risk Engineering offices.

On September 20, Risk Engineering's offices were searched in a special police operation against suspected fraud in the energy sector. Manchev's company is accused of having embezzled millions of euros in consultancy deals for the project to build a second Nuclear Power Plant in the Danube town of Belene, despite the fact that its construction was stopped in March 2012.

Kozloduy is the site of Bulgaria's only NPP, while there is a debated project to build a second, Russian-sponsored one in Belene.

The special police operation came on the heels of Sofia City Prosecutor's Office launching on August 9 a pre-trial procedure for large-scale embezzlement and mismanagement. The main lead in the investigation are payments from the National Electric Company, NEK, for consulting services for the Belene NPP project, made after the previous government of the Citizens for European Development of Bulgaria party, GERB, decided to freeze it in March 2012.

Manchev insists Risk Engineering's contract with NEK for consultancy on Belene has not been terminated and was active and legal.