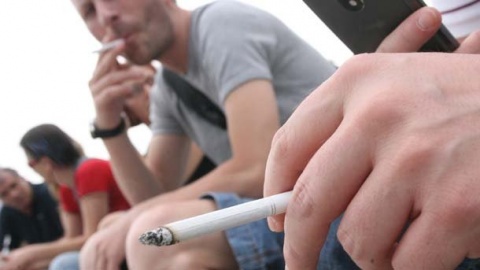 The full smoking ban in enclosed public places must be dropped before winter, according to Spas Panchev, Deputy Chair of the parliamentary group of the Bulgarian Socialist Party (BSP).

Panchev, as cited by the Bulgarian Telegraph Agency (BTA), claimed that the legal amendments to the Health Act were to be adopted in November.

Meanwhile, the press office of BSP distributed a statement defending the lifting of the full smoking ban, citing the practices in other EU countries.

Panchev reminded that nationalist party Ataka had submitted a proposal for amendments to the Health Act some time ago, adding that the socialists were yet to table their proposal.

He insisted that it was high time to solve the matter because winter was coming and people no longer felt comfortable having a coffee or a meal outside.

Panchev noted that the socialist party  intended to meet its commitment to restaurant owners.

Under the proposal of BSP, big restaurants which have separate halls with proper ventilation will allow customers to smoke.

However, the smoking ban will remain in effect for offices and working places.

Pavel Shopov from nationalist party Ataka said that the formation was adamant that the full smoking ban had to be lifted.

Lyutvi Mestan, leader of the liberal Movement for Rights and Freedoms (DPS) party, informed that the formation did not have a common stance on the matter and the MPs would vote according to their personal opinion.

Center-right party GERB (Citizens for European Development of Bulgaria) opposed the abolition of the ban.