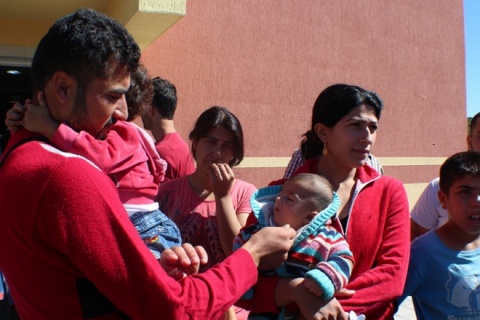 The conflict in Syria has caused a significant influx of refugees in Bulgaria, photo by BGNES

The Bulgarian Ministry of Social Policy and Labor is working on a special program for employment and job training of refugees.

The information was reported Thursday by Deputy Social Minister, Lazar Lazarov, who stressed the program will be "implemented relatively quickly."

Lazarov explained that all individuals with asylum status have the right to turn to local Labor Bureaus and to access programs and projects for employment.

According to him, the main problem the refugees face is the inability to provide proof for their qualifications.

The Deputy Minister further informed that by the end of September assistance has been provided to 135 unaccompanied refugee children and that such children have not been found among those accommodated in the shelter in the Sofia suburb of Vrazhdebna.