Bulgarians Practiced Anti-Vampire Rituals up until 25 Years Ago – Archeologist 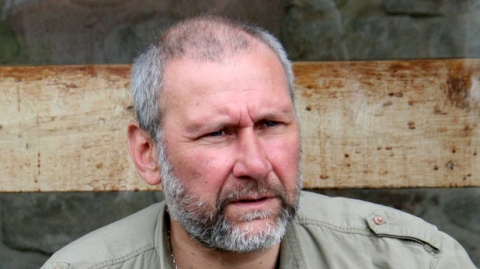 Rituals aiming to prevent dead people from turning into vampires were practiced in Bulgaria until quite recently, according to renowned Bulgarian archeologist Nikolay Ovcharov.

The numerous skeletons of “vampires” unearthed on Bulgarian territories are the result of common funeral rituals in ancient times preventing dead people from becoming vampires, Ovcharov reminded in an interview for Bulgarian newspaper Show on Wednesday.

“We are not medieval people to believe in vampires but in the past people believed that they existed and conducted ceremonies to prevent the dead from turning into these devilish creatures,” he remarked.

The archeologist, nicknamed “Bulgaria’s Indiana Jones”, added that only 25-30 years ago in some of the Bulgarian villages there was a special person responsible for sticking the dead bodies with stakes – a ritual aiming to prevent the body from turning into a vampire.

Over 100 buried people whose corpses were stabbed to prevent them from becoming vampires have been discovered across Bulgaria over the years.

One of these “vampire” skeletons was discovered in 2012 in Bulgaria’s historical coastal town of Sozopol, with the news quickly becoming an international sensation.

Another skeleton of a "vampire" was later discovered on Bulgaria's Perperikon, a 7,000-year-old sacred site deep in the Rhodope Mountains.

The latest “vampire” was unearthed September in the Bulgarian Black Sea town of Nessebar.

Vampire beliefs from pagan times were preserved by Orthodox Christians in the Balkans during the Middle Ages, when people thought that iron and wooden stakes could be driven into the heart of a dead person to prevent them from becoming vampires.

People at the time believed that after dying these persons turned into vampires and tortured and tormented the living, and they drank their blood in the night.