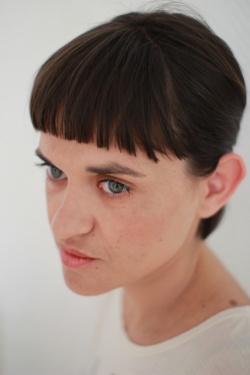 At the beginning it was not an easy subject.

I hated to even write the word.

But life showed me how to face up to the fear and stigma of the disease and raise a voice that overcomes people’s and politicians’ clamor.

Now a huge public campaign is underway in Bulgaria, urging us all to do regular screenings for cancer, which has brought me back to the darkest of times.

My father, one of 300,000 ill-fated Bulgarians diagnosed with cancer in 2004, waged the toughest battle of his life - the battle against the disease. Three years later he died.

After two years, to my biggest horror, my mother was diagnosed with cancer too.

A new battle began, this time I was more experienced and knew how to cope with everyday troubles, but the battle was also more expensive with thousands of levs poured into her treatment.

I am grateful for all the things she and I went through the three years of battling the disease that followed, for all the special moments we had, for all I had to give up.

The experience broke all my taboos and horizons, showed me what it means to be brave and taught me to cherish every day of my life.

But all this was thanks to my mother, not the system, nor the people outside the family.

At the very end when there was nothing else to do, she said she was ready to go and I decided it was time to let her go, it was the system that had to take over and make it just a bit easier for her, emotionally and physically.

Instead she died a slow and painful death. The people from the system just kicked her out, told us that for them she is already dead and that we just had to endure it.

I can still hear her screaming.

Now a huge public campaign is underway in Bulgaria, urging us all to do regular screenings for cancer. Why? What for? Just to know I have to take care of everything by myself and know that without funding from some relative, I will have to beg public officials for every day I am still alive?

Cancer is a disease, which needs care and reasonable people to tackle it. Bulgaria lacks those big time. Most people just prefer to pray this tragedy stays away from their family.

Quite backward, isn't it?