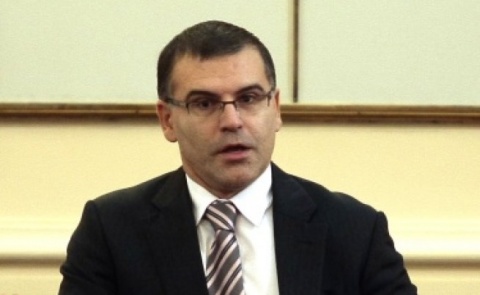 The Board of Directors of the private Moscow-based university the New Economic School (NES, also known as the Russian Economic School) has approved Simeon Djankov, former Bulgarian Finance Minister and Deputy Prime Minister, as Rector.

The appointment was reported by Sega daily, based on a Tuesday media statement of the university.

Sergey Guriev, former rector of the NES, resigned in end-April 2013 and fled to France, saying that he felt his freedom was under threat and that he would not return as long as the threat existed.

He explained his decision with the activities of investigators, who had raided his cabinet and copied his email correspondence from the last five years.

Later Konstantin Sonin gave up a nomination to become a rector of the NES.

"Simeon Djankov is a world-class economist with an excellent academic record and extensive practical experience. We are glad that the university will be headed by such and expert. With Djankov's arrival, we expect that the quality of our educational programs will improve in the first place, that he will give a boost to research, and increase the international prestige of the university," said Maxim Boyko, Chair of the Board of Directors of the Moscow-based university, as cited by the press office of the NES.