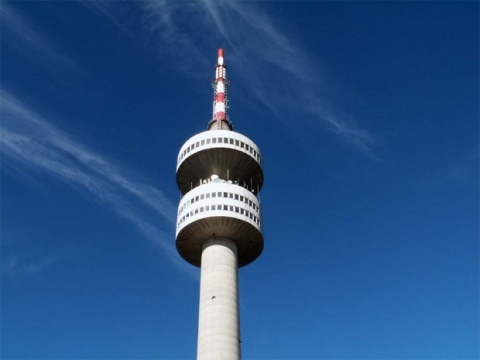 It is unclear how many viewers could be deprived of access to public TV broadcast. File photo

Bulgaria finally switched off the analogue TV signal on September 30, but officials haven’t yet answered a timely question: how many Bulgarians won’t be able to receive digital signal?

For the time being there is no accurate estimate on the number of Bulgarians to be left without TV broadcast due to the switch from analogue to digital.

Danail Papazov, Transport Minister, and Veselin Bozhkov, Head of Commission for Communications Regulation have quoted different estimates on the supposed number of viewers to be left outside the 95% guaranteed DTT coverage capacity of multiplexes.

“There’s no information yet on how many Bulgarians won’t be able to watch TV, because they won’t have digital signal coverage,” admitted Papazov in an interview on September 30, the day of the analogue switch-off.

“We only have preliminary estimations at the moment, because it is difficult to make precise calculations at this stage,” explained the transport minister.

A week ago, another official, Veselin Bozhkov, Head of Bulgaria’s Commission for Communications Regulation said that “Between 350 thousand and 1 million people could be deprived of access to public TV broadcast due to insufficient DTT coverage throughout Bulgaria's countryside”.

5% of Bulgaria’s viewers left in the dark?

Currently multiplexes cover 95% of the total number of viewers in Bulgaria, therefore the remaining 5% will be left out “in the shadow” with no TV coverage, pointed out Bozhkov.

The prognosis made by Bozhkov is inaccurate, argued in his Monday interview, Danail Papazov ,Transport Minister.

“The estimates of Bozhkov are totally wrong”, disagreed Papazov. “There’s no way that 1 million people won’t be able to watch TV because of the analogue switch-off, because only 16.5% of Bulgarians rely solely on the analogue signal for access to TV broadcasts”, explained the transport minister.

The vast majority of Bulgaria’s population has already subscribed to cable and the analogue switch-off won’t be an issue for most bulgarians, according to Papazov.

The minister assured that his department will make all the necessary steps in order made to guarantee access to public broadcasts to Bulgarians with no cable TV, including the possible installation of satellite dishes in those remote areas that will turn out to be included in “the shadow” zone with no digital signal.

Papazov, pointed out that all EU countries have had similar signal coverage during their transition from analogue to digital.

“I hope that we will won’t witness chaos on Monday" (September 30th , first day with no analogue signal ), concluded the minister.

Paving the way for Internet TV

In a separate interview, Professor Georgi Lozanov, Chairman of Bulgaria's media watchdog hailed the analogue switch-off as “a historical change that opens the door for internet TV for Bulgarian viewers”.

“It is no such a big issue if by documents 5% of the population is estimated to be left outside the DTT, since the reality is that the analogue signal coverage was also not at 100%” , was Lozanov’ comment on the recent no-coverage worries.

Broadband TV News, in association with Telenor Satellite Broadcasting, will be holding a Business Briefing in Sofia on Tuesday, October 1 in which coverage and many many more issues will be discussed.