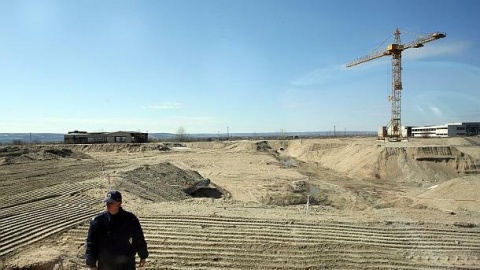 Bulgaria decided to abandon plans to build its second nuclear power plant in March 2012 after failing to agree on its cost with Russian company Atomstroyexport, a subsidiary of Rosatom, and find Western investors. Photo by EPA/BGNES

The consulting company Worley Parsons stressed Wednesday their contract for the Belene NPP with Bulgaria's National Electric Company, NEK, has been altered according to the new status of the project.

The statement was made in connection of the joint special probe and police operation of Bulgaria's Prosecutor's Office, the Interior Ministry and the State Agency for National Security, DANS, for large-scale embezzlement and premeditated mismanagement in the project to build a second Nuclear Power Plant, NPP, in the Bulgarian Danube town of Belene.

The operation took place Friday in the capital Sofia, the western city of Pernik, and the Danube towns of Kozloduy and Belene.

Worley Parsons explained Wednesday that the contract with NEK has not been terminated and NEK continues to make payments on contracted services but their scope has been reduced.

The services pertain to assisting NEK on issues that have emerged after the freeze of the project and to protecting the investments already made.

The price of these services has been reduced as well under mutual agreement with NEK, the company further says in their statement.

The contract has been inked in January 2005 for engineering and technological consultations for technology selection, development of the technology project, preparation of the site for construction and the launch of the construction.

Worley Parsons insist they have always cooperated with Bulgarian authorities on all matters, particularly in the frame of the Belene project, and have demonstrated on numerous occasions their open and well-intended approach in providing information.

The company voices surprise of the way their services have been presented by the Bulgarian institutions.