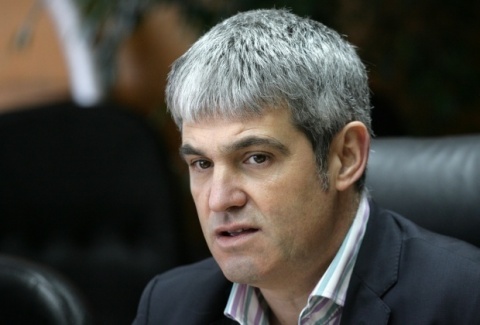 The President of the Confederation of Independent Syndicates in Bulgaria, KNSB, Plamen Dimitrov, photo BGNES

Bulgarian trade unions have issued a strong warning Wednesday about looming nationwide strikes and protests in many sectors and a very difficult fall season.

The statement was made by the President of the Confederation of Independent Syndicates in Bulgaria, KNSB, Plamen Dimitrov, who said the rally of the postal workers was just the beginning and would be followed by a number of others over tensions in the coal mining, the entire misbalanced energy sector, and in the transport sector, particularly the State-owned railways, which are on the brink of collapse.

"Many sectors anticipate speedy decisions. If we don't have them by next week, I expect mass social unrest. If those in power do not want to clarify who is ruling the country in reality, then this government will be short-lived," Dimitrov stressed.

He noted KNSB was working on a strategy to outline its demands and was ready to negotiate in upcoming weeks, with an October 15, deadline to find out if some of them will be realized.

The trade union leader explained the fastest way to "have some money reach the Bulgarian workers' pockets" was to introduce non-taxable minimum income, which will amount to BGN 600-650 M more for employed people in the country.

Another demand is to include in State Budget 2014 a 10% increase of of budgeted wages.

"Bulgarian Posts are not an isolated island in our homeland. Shady interests exist in all sectors and influence them, and we want these interests exposed and put on the table," Dimitrov declared.

KNSB is further requesting meetings with the Prime Minister and the Ministers of Finance and Transport as early as Wednesday.