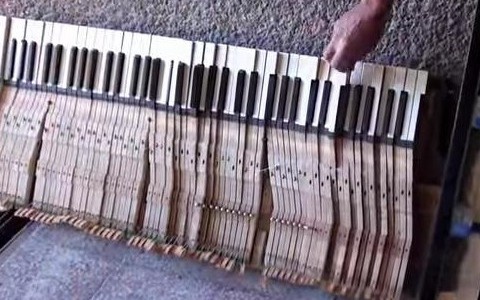 A clerk in the Bulgarian town of Dimitrovgrad has stirred outrage in the country by destroying a valuable handmade Bluthner grand piano.

Hristina Tasheva, head of the Dimitrovgrad youth center, reckoned the musical instrument was of no use, as she called workers to split it into kindling wood.

Speaking to the Bulgarian National Television, Tasheva claimed the grand piano was “damaged” and “dangerous for the children.”

Admitting she did not know how much the instrument was worth, she compared it to a “broken refrigerator” that owners need to get rid of.

Musicians from the Dimitrovgrad municipal orchestra have described the case as a blasphemy.