Bulgaria’s Pulev May Tie Knot in 2014 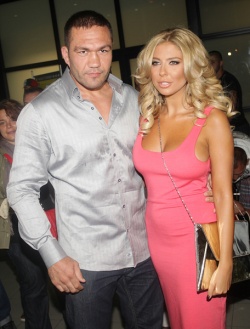 The celebrity couple have been together for 7 years.

In an interview for lifestyle magazine “Blyasuk”, The Cobra (as Pulev is nicknamed) said he is more than satisfied with his professional career and thinks it is time to put more focus on his personal life.

The predictions are that Pulev and Andrea may tie the knot in 2014, after Kubrat’s long-expected title match against Ukranian heavyweight champion Wladimir Klichko.

The Bulgarian boxer made it to the IBF world heavyweight final after beating American Tony Thompson in August, claiming the biggest victory of his career.