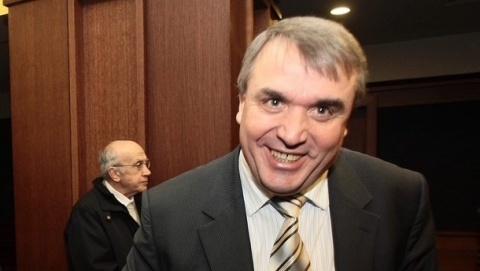 Three days after a raid on the offices of energy consulting company Risk Engineering, its CEO Bogomil Manchev has vehemently denied wrongdoing in relation to Belene nuclear power project.

On Friday, Risk Engineering’s offices were searched in a special police operation against suspected fraud in the energy sector. Manchev’s company is believed to have embezzled EUR 18 M in consultancy deals for the Belene Nuclear Power Plant project, despite the fact that its construction was stopped in March of 2012.

Speaking on the private TV station Nova Monday morning, Manchev clarified that the contract signed between Risk Engineering and the National Electric Company (NEK) for Belene in 2005 is still active today, despite the halting of the project.

He added that there are a number of private and political interests hidden behind this operation, such as demonstrating to those protesting against the government that the state is committed to fighting corruption.

As for private interests, Manchev suggested a certain businessman who is interested in taking over his positions, but did not reveal any names.

The CEO of Risk Engineering will have to appear before the Prosecution later this week to be questioned on the case.