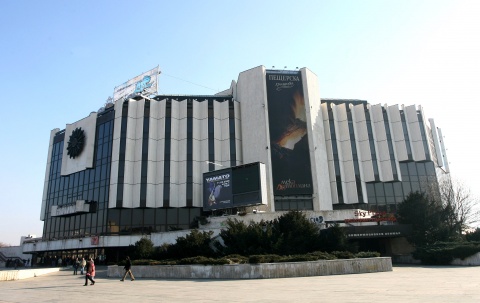 The founding meeting of the new party of renegades from the formerly ruling centrist GERB is held Sunday afternoon in the National Palace of Culture, NDK, in downtown Sofia. File photo

Naydenov says the new party will not have a leader, but rather a managing council of 10 people, whose chair will have the authority to call meetings. They will vote on all important matters online and in real time.

The name the new party is Bulgaria for Alternative to Fear, Totalitarianism, and Apathy, with the abbreviation in Bulgarian reading BASTA (the Italian word basta – enough, is used with the same meaning in Bulgarian.)

The GERB renegades say they want to say basta to the totalitarian manner of ruling of GERB's leader and former Prime Minister, Boyko Borisov, and people close to him who followed that manner and discredited the party, such as Borisov's Deputy and former Interior Minister, Tsvetan Tsvetanov, and the ex-Chair of the Parliamentary Legal Committee, Iskra Fidosova.

Naydenov further informed BASTA will apply for membership in the European Peoples' Party, EPP. GERB is a member of EPP.

The founding assembly will include election of its leadership. It is held Sunday afternoon in the National Palace of Culture, NDK, in downtown Sofia. 500 delegates are expected to attend.

Naydenov and Dimitrov are firmly convinced that current GERB Members of the Parliament will join them after the official launch, but say they want to keep their names secret for the time being.