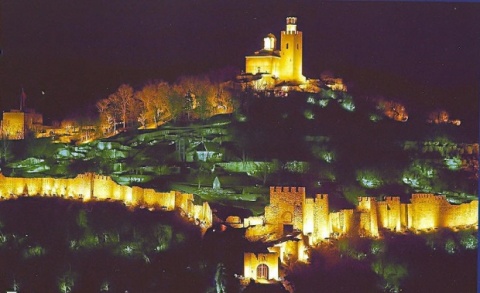 The old Bulgarian capital Veliko Tarnovo is famous for its mediaeval fortresses, located on the Tsarevets and Trapezitsa hills. File photo

Bulgaria's old capital and central city of Veliko Tarnovo is marking Sunday the 105th anniversary of the country's Independence.

Following the tradition, the festivities started with a solemn mass held at the historical Sveti 40 Machenitsi (Saints 40 Martyrs) church in the presence of many officials and quests. This is the location where Bulgaria's Independence was declared on September 22, 1908.

The national colors were hoisted at the "Tsarevets" fortress. After that servicemen laid flowers and wreaths at the Independence Pyramid.

The solemn military roll call and fireworks will start at 7:30 pm on "Tsar Ivan Assen" square. The keynote address will be delivered by the Speaker of the Parliament, Mihail Mikov.

Prime Minister, Plamen Oresharski, will be in attendance as well, his Press Office informed.

President, Rosen Plevneliev, is not going to take part in the celebrations because he is on an official visit to the US for the 68th session of the UN General Assembly.

In the capital Sofia, the celebrations start at 11 am on "Knyaz Alexander I" square near the building of the Presidential Administration. The keynote address there will be delivered by the Deputy Mayor of Sofia, Todor Chobanov.