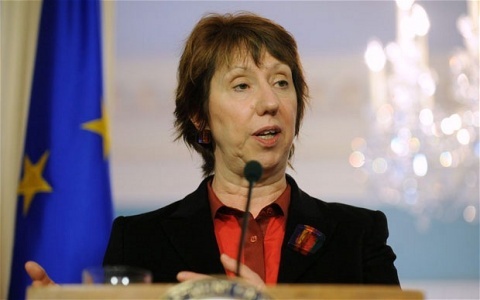 A Lithuanian police officer of the European Union rule of law mission EULEX has been shot dead on Thursday morning in the North Kosovo town of Zvecan.

Around 7:30 AM local time, two vehicles carrying six officers came under heavy gunfire. One officer was fatally shot in the head and stomach, while two others were wounded, reports Euronews. The wounded were carried to a hospital in the nearby Mitrovica.

According to Lithuanian media, the casualty was 35 year-old Audrius Senavicius Klaipeda, who served in the EU rule of law mission in Kosovo since August 2012. This is the first fatality suffered by the EU mission since its deployment to the region in 2008.

"I condemn in the strongest possible terms the attack that led to the death of the staff member. The perpetrators must be brought to justice," she said in a statement.

Ashton urged both the Serbian and Kosovar sides to press ahead with the accord signed in April, under which Belgrade agreed to cede its control over the northern provinces.

A mixed investigation between EULEX and the Kosovo Police has been launched. Assistance from the authorities in Belgrade may also be requested in the coming days.

So far no group has claimed responsibility for the attack.