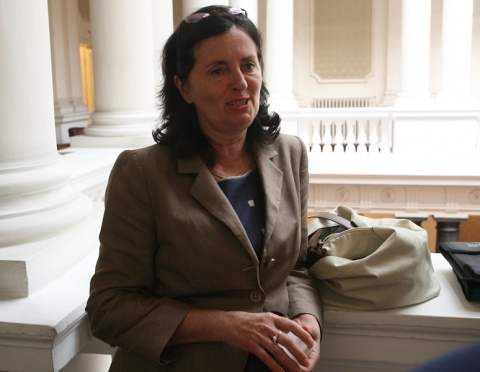 Deputy Prime Minister Daniela Bobeva said that the set of 88 anti-red tape measures would be published on the official government website on Thursday and would be adopted in two weeks' time. Photo by BGNES

Bulgaria's Council of Ministers discussed Wednesday a set of 88 measures to reduce the administrative burden on businesses and citizens.

Deputy Prime Minister Daniela Bobeva said that they would be published on the official government website on Thursday and were to be adopted in two weeks' time.

The government was expected to discuss a set of 100 anti-red tape measures but Bobeva specified that Wednesday's sitting had not included some 40 measures concerning the construction sector which were to be introduced at a later stage.

"The measures mostly involve switching from license to registration regimes, reducing fees, and simplifying the review procedures", Bobeva informed, as cited by dnevnik.bg.

She suggested that the state bodies affected by the proposed set of measures were expected to oppose them.

Bobeva added, however, that the measures aimed at reducing the administrative burden had been drafted on the basis of Bulgarian and EU practices and criteria.

Meanwhile, Dimitar Grekov, Minister of Agriculture and Food, revealed that the set of measures included steps to cut red tape envisaged in the Livestock Breeding Act and the Forest Act.