Paris Hilton Says 'Excited' to Be in Bulgaria 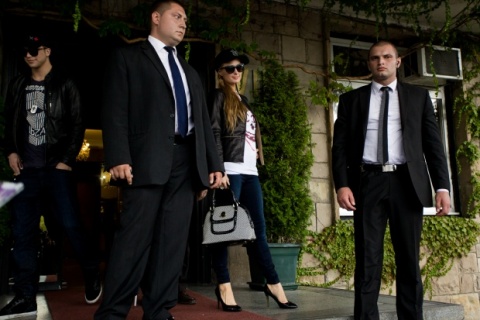 American celebrity Paris Hilton has arrived in Bulgaria, where she is to take part in the new edition of VIP Brother, the local version of Celebrity Big Brother.

“I will be staying in Sofia for several days,” Paris Hilton told reporters upon arriving in the Bulgarian capital on Monday.

“It is my first time in Bulgaria and I am very excited to be here,” she said, as cited by BGNES.

Hilton, who arrived in Sofia with her boyfriend, Spanish model River Viiperi, said the first single of her new album is expected to be released on October 1.

Paris Hilton is an American heiress, socialite, television personality, businesswoman, fashion designer, model, actress, producer, author and singer. She is the great-granddaughter of Conrad Hilton, the founder of Hilton Hotels and often makes headlines for her hard-partying lifestyle and rumored short-lived relationships with male celebrities.