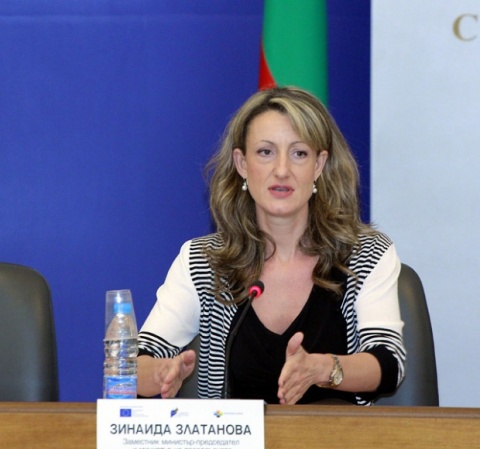 If the judicial reform had been conducted adequately, Bulgaria would not be under monitoring now, according to Zinaida Zlatanova, Deputy Prime Minister and Justice Minister.

"All strategies for reform in the past 15-20 years were launched with great enthusiasm, but implemented at best half-way", said Zlatanova in an interview for "Legal World", cited by BGNES agency.

According to her, the fact that the EU Cooperation and Verification Mechanism is still in force means that there is much to be done in this area.

One reason for this is that every incoming government rushed to propose their own version of solution to the problem, added the Justice Minister.

"You are well aware of how thin the ice is regarding the balance of power between the various institutions. For this reason, it is key that we coordinate our next steps in the reform with a wide range of civil, professional, and political groups", said Zlatanova, stressing how the judiciary serves the public is a highly political question, rather than a technical one.

"Issues such as the random assignment of cases, the work of the Supreme Court of Justice, the personnel selection process, reforms in the security sector, and the fight against corruption were discussed at the recent meeting with experts from the European Commission (EC). These are all themes, which are included in the EC report", concluded Minister Zlatanova.