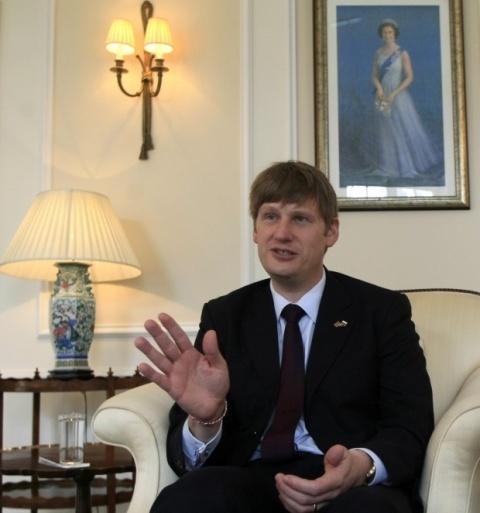 Bulgaria's anti-corruption laws are weak, while an even bigger problem lies in their implementation, according to British ambassador Jonathan Allen.

In order to enact efficient laws, it is crucial to consult with representatives of civil society and local businesses regarding what their potential impact would be, Ambassador Allen said in an interview for the private TV station bTV.

To back his point, he gave the example of a British law against organized crime, which took 2.5 years to draft, after long discussions and corrections.

"Meanwhile, here in Bulgaria laws are drafted and passed in the scope of months, sometimes even 2-3 weeks."

Bulgaria is in serious need of a lobbying law, said Ambassador Allen.

"The politicians do not see this as a priority. It is however very important, in a time of low political confidence in the country, which is dangerous to the democracy."

Jonathan Allen also commented on the events of this summer in Bulgaria. He stated that the controversial appointment of media mogul Delyan Peevski as Head of the State Agency for National Security (DANS) was the main reason behind the protests of civil society, and came also as "a big shock to the international community".

"At the time I spoke with some high-ranking officials, asking them why Peevski had been nominated and chosen for the post. None of them were able to give me a definitive answer, which I find extremely worrying. I do not believe he has the required qualities – so why him, if there are better candidates", asked Allen.

In connection with this, the ambassador added that there are similar scandals in the UK as well, but "they end with MPs in prison".