Bulgaria's Bojinov Heart Broken On and Off Field 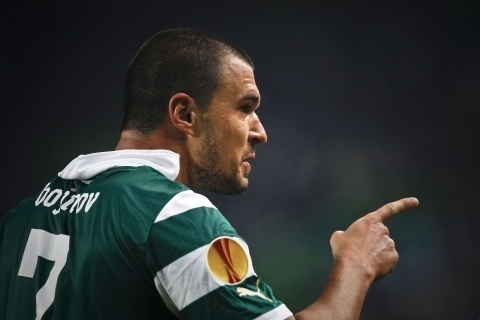 His career and marriage in tatters, Bulgarian international Valeri Bojinov has suffered another disgrace - the unflattering "Golden Skunk" award.

After Portuguese giants Sporting Lisbon sacked him disciplinary and terminated his 3-year contract, Valeri Bojinov was shocked to learn his wife and mother of one of his kids - playmate Nikoleta Lozanova – was cheating on him and divorce is in the offing.

Bojinov's fall from grace qualified him for the mocking award. It given out by the popular TV show "Lords of the Air" in recognition of a particularly stinking affair, as suggested by the little and smelly black-and-white striped mammal it has been named after.

Bojinov signed for Sporting in 2011, where he made a short and somewhat disgraceful carreer.

In January 2011, the Bulgarian pushed aside Sporting's usual penalty-taker Matias Fernandez, only to see his vital injury-time penalty kick saved.

A year later he was sent on loans in Lecce, Verona and Vicenza.

Recently Bojinov has been training with Lokomotiv Sofia.