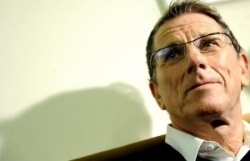 The Viennese Regional Criminal Court has sentenced former lobbyist Peter Hochegger to two years and a half of imprisonment.

The verdict was handed late on Friday, according to reports of Sega daily.

The former PR and lobbying strategist for Telekom Austria was declared guilty of abetting embezzlement and making false statement in testimony to the parliamentary anti-corruption committee.

Up until the last day, Hochegger denied his involvement in the scheme for hidden sponsorship of the party, but the court ruled that he had acted deliberately.

Apart from Hochegger, whose prison term is longest, the court also issued guilty verdicts to a former MP, an advertising executive and the Spokesperson of then- Justice Minister.

The "Hochegger" affair came on the agenda of an ad-hoc committee of Bulgaria's 41st National Assembly.