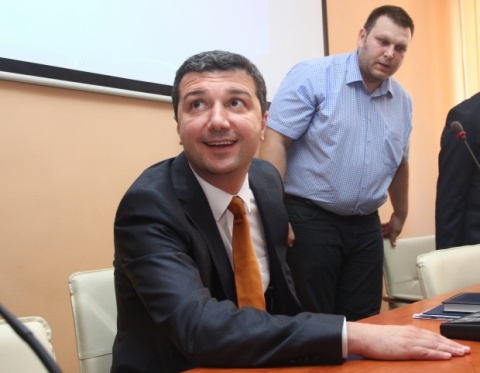 Bulgarian Economy and Energy Minister, Dragomir Stoynev, is going to inform the prosecution in writing Monday about the draining of the public energy sector by BGN 230 M.

Speaking Saturday for TV7, the Minister stated that in recent years many people have profiteered from energy scams and murky individuals have drained the sector to the detriment of Bulgarians.

He further stated he had urged and ordered Boyan Boev, the Head of the Bulgarian Energy Holding, BEH, to notify the Prosecutor's Office about any violations and even any suspicion about violations on the energy sector.

Regarding the BGN 230 M information, Stoynev said he had received a total of three tipoffs about the syphoning plus another two in the last 10 days for abuses in the amount of BGN 160 M.

According to him, the BGN 230 M was spent improperly from the "cold reserve" in 2012, during the term of the government of Prime Minister Boyko Borisov and his Citizens for European Development of Bulgaria party, GERB.

"The embezzlement stems from contracts between the State Energy System Operator, ESO, and particular companies for them to react in case of problems and outages, which have been written in such manner that they left the door open for money draining," Stoynev explained.

He further accused GERB and Borisov of paying BGN 13 M for the joint Russian-Bulgarian project to build a second Nuclear Power Plant in the Danube town of Belene, after freezing the project themselves.

The Energy Minister noted he had received 4 invoices for Belene for the amount of EUR 5 M, which he had returned unpaid on grounds the project has been halted.