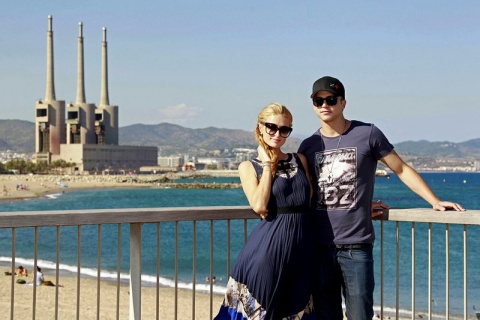 American celebrity Paris Hilton will enter 2013 edition of VIP Brother, the Bulgarian version of Celebrity Big Brother, together with her boyfriend.

The world-famous actress, singer and businesswoman Paris and her 10-year younger boyfriend, the Spanish model River Viiperi would live together in the house of “VIP Brother”, announced the Bulgarian TV star Gala at her TV show on Nova TV.

The Hollywood star, the inheritor of the wealthy Hilton family, has her luxurious requirements.

Among her demands are the biggest possible bedroom and a Jacuzzi bath, fresh flowers and the aroma of vanilla and lavender in the room.

Paris says that she includes only organic food in her menu and that for breakfast she prefers eggs with onions and tomatoes.