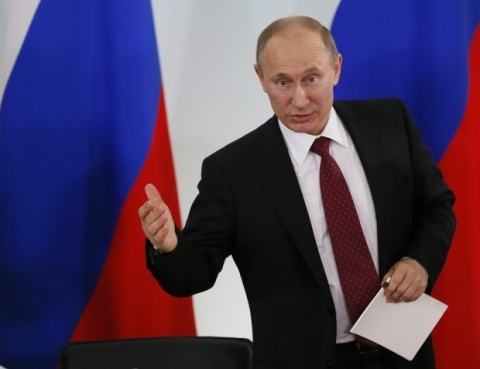 Russia has enough evidence to believe that it was the rebels who carried out a chemical attack in the Syrian civil war, stated Russian President Vladimir Putin.

Putin used an op-ed in the New York Times to address the American nation as efforts to avoid a US strike on Syria intensify.

Russia and the US are working on the implementation of their joint plan to place Syria's nuclear arsenal under international control.

But Putin's article has underscored remaining deep divisions in how the two countries view the Syrian conflict.

"No one doubts that poison gas was used in Syria. But there is every reason to believe it was used not by the Syrian Army, but by opposition forces, to provoke intervention by their powerful foreign patrons, who would be siding with the fundamentalists," said he.

The US's position is that there is evidence beyond doubt that chemical weapons were used by forces of Syria's President Bashar Al-Assad.

In his column, Putin described many of those fighting Assad in Syria as no supporters of democracy, and as outright terrorists, recalling that a number of organizations classified by the US as terrorist ones are taking part in the war against the regime.

"Syria is not witnessing a battle for democracy, but an armed conflict between government and opposition in a multireligious country. There are few champions of democracy inSyria. But there are more than enough Al Qaeda fighters and extremists of all stripes battling the government," said he.

"Mercenaries from Arab countries fighting there, and hundreds of militants from Western countries and even Russia, are an issue of our deep concern. Might they not return to our countries with experience acquired in Syria? After all, after fighting in Libya, extremists moved on to Mali. This threatens us all," said the Russian President.

In his article, Putin stressed that a US intervention in Syria will "overthrow international law and order" established after WW II, and made a strong case for continuing diplomatic efforts.