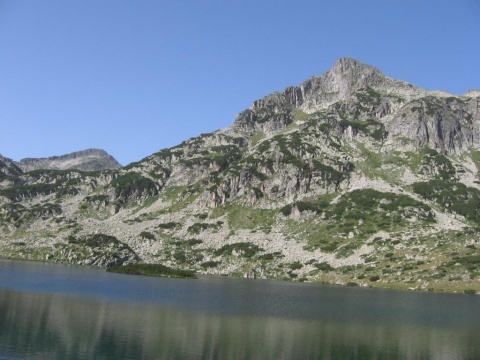 Landscape from the Pirin National Park in Bulgaria. File photo

Bulgaria's Ministry of Environment has not yet declared a clear position regarding the construction of new facilities in top Bulgarian ski resort Bansko.

Chronically surfacing proposals for further development of Bansko, whose ski facilites are on the territory of the Pirin National Park, a UNESCO World Heritage site, have been provoking the ire of environmentalists for years now.

The position of the Ministry of Environment and Waters, which has the authority over the park, and can give green light or halt construction projects, would become clear after a sitting of PM Plamen Oresharski's cabinet, which will discuss the Bansko case, announced Environment Minister Iskra Mihaylova Tuesday.

Deputy PM Daniela Bobeva and Deputy Economy Minister Branimir Botev have already stated that the Bulgarian government is firmly behind the project to build a second ski lift in Bansko.

Still the final decision of the Bulgarian Environment Ministry is still forthcoming.

Bobeva's and Botev's statements brought again to the forefront the long-lasting controversy surrounding construction plans in the Pirin National Park.

Environmentalists have argued that Bansko is already overdeveloped, with excessive amounts of hotel beds and ski runs that have already harmed the Pirin National Park.

Protest rallies for and against the expansion of ski zone and the construction of a second ski lift were last held in 2012 and at the beginning 2013 when the GERB party of former PM Boyko Borisov was still in power.

In April 2013, a report of the National Audit Office revealed that the concession of the Bansko ski zone has not been controlled by the state for 10 years.

The audit office recommended much stricter control and collecting adequate annual fees from the concessionaire.

A little earlier, a check by the Environment Ministry revealed that the Yulen ski company, which operates facilities in the resort, has significantly overstepped the natural park area that the government gave it for use.

Early 2013, the town of Bansko requested from the government a significantly wider right to use land in the outlying national park.

On their part, UNESCO have warned against expanding facilities at Bansko.