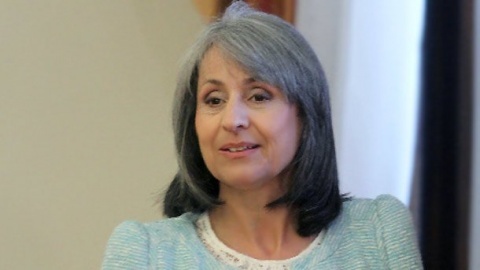 Before being elected Vice President, Margarita Popova was Justice Minister in the GERB government of Prime Minister, Boyko Borisov. Photo by BGNES

Bulgaria's Vice President Margarita Popova has voiced firm opposition to calls for the resignation of the Socialist-led government.

In an interview Tuesday for the Bulgarian Pressa (Press) daily, she grounds her opinion on the fact the country held general elections on May 12 and the procedure being proclaimed by the Constitutional Court legitimate and democratic.

"The rule of the Constitutional Court means Bulgarians must hear what their elected political representatives are telling them. Resignation is a political demand which anyone can articulate. But one must also say what will come next; what happens after it. Demands must be voiced in a democratic manner if we want to find solutions for the problems," Popova says.

According to her, the formerly-ruling centrist party and now the largest opposition force, Citizens for European Development of Bulgaria, GERB, has lost ground over the decision to boycott the sittings of the Parliament before the summer break.

The Vice President reiterates her firm position against any inclusion of Bulgaria in a possible military intervention in Syria and against war in general.

She urges for a political solution of the Syrian conflict.

Before being elected Vice President, Popova was Justice Minister in the GERB government of Prime Minister, Boyko Borisov.

Her recent statements come in stark contradiction of those of President, Rosen Plevneliev, who has voiced firm support for both the demonstrations against the government and for a military strike in Syria.

Monday evening, a rally was held in Sofia for an 88th day in a row in the record-long protest in the country.