Bulgaria Analyst Evegeniy Daynov: Protests against Mafia May Go on for Years and Succeed 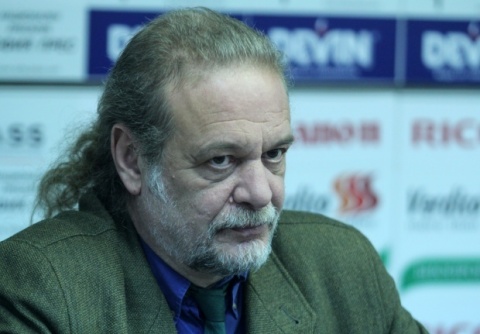 Interview of Novinite.com and Novinite.bg with Evgeniy Daynov, a leading political analyst, on the unrelenting public outrage against the Socialist-led government and what may come next.

Do you expect any change in the behavior of the protesters against Bulgaria’s current Socialist-led government?

The new rallies will be similar to the previous ones. The cabinet will try to get support, but in vain. Escalation of tensions depends on how many people will go out and hit the streets to protest. It is not the people with kids or bikers, who will break down the wall. The more are the people, the slimmer the chance of extreme actions. The only exception would be if we witness again a night similar to the one when a bus of MPs was assaulted during the protests.

Do you expect the resignation of the government if the protests intensify in the autumn?

I do expect the resignation of the government but not due to protests. Lawmakers will begin at one point to understand that without public support nothing could be done. That helplessness would trigger tension inside the cabinet and at the end it will step down.

Can the formerly ruling party of Boyko Borisov - the Citizens for European Development (GERB) – cash in on the current instability?

No, I don’t think so. GERB had their five minutes of fame and they are over. The party is not flexible, it is not able to adapt to changes. It can neither play the role of a strong opposition party, nor get enough power in parliament, which means that it is not capable of surviving as a party, when it is not ruling. It showed clearly that its set of mind is the same as that of the current ruling parties. GERB discredited themselves big time after admitting they thy brought a bus of people from the countryside to protest in front of parliament in their favor.

What are your expectations with regard to the newly-formed parties, are their chances bigger? The Reformist Block stated that it aims to become the most prominent political party.

The Reformist Block, although at very low speed, shows that it has headed in the right direction. The entity is evolving as the representative of a whole generation of highly educated people, who are not represented in the current parliament.

What bothers me is the lack of any progress among the smaller left-wing parties. Someone should put in the efforts and start up a new left-wing formation, one which is not related to Kremlin and to the oligarchy.

Let’s imagine that the government resigns. Will this quell tensions? What will come next?

The alternative is to build up politics which is not just imitating democracy and which would not serve as a cover-up for the oligarchs. The forthcoming elections and the ones after them will not mark the  end of protests in Bulgaria. They may go on for years, until finally the oligarchic model is wiped out.