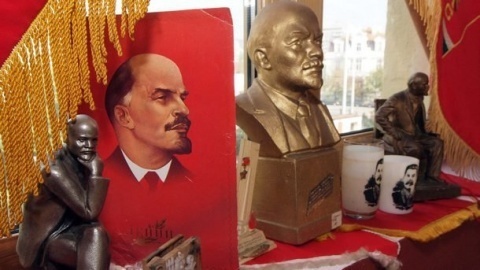 The emblematic date of September 9, considered both the date of Bulgaria's anti-fascist uprising in 1944, and the beginning of the Communist regime, will be marked once again in polar ways.

On Monday, celebrations across the country will be initiated by the Bulgarian Socialist Party, BSP, for the 69th anniversary since the Communist takeover, while members of the right-wing democracy-forbearer parties will bow heads to commemorate the victims of the regime.

In Sofia hundreds of people are expected to gather in front of the Brothers' Burial Mound at a rally to mark the anniversary. Flowers will be laid at the Unknown Soldier and Russian Army Monument in Sofia and heads bowed at the Common Grave remembering the victims of anti-fascism fight.

Right-wing politicians and supporters will attend a solemn mass in memory of the thousands of people whose lives paid for the Communists staying in power for half a century. They will lay wreaths and flowers at the memorial monument in front of the National Palace of Culture.

Meanwhile, Bulgarian anti-government demonstrators are getting ready to stage on the 88th consecutive evening of the protests a mock Communist parade.

A violent Communist takeover took place in Bulgaria on September 9, 1944 after the entry of Soviet troops into the country during World War II. September 9 was Bulgaria's national holiday until 1989 when the Communist regime collapsed.

The Bulgarian Socialist Party, BSP, successor of the Bulgarian Communist Party, won the country's first free election and stayed in office by 1991.

The election in December 1994 returned the BSP to power with an absolute majority, but the political fallout from a severe economic crisis in 1996-97 forced an early general election in April 1997, which was won by a UDF-led center-right coalition.

BSP returned to power in the parliamentary elections in 2005. It suffered a humiliating defeat four years later, when it was ousted by ex-karate competitor, bodyguard and ex-Sofia Mayor Boyko Borisov.

At the early general elections on May 12, Borisov' center-right GERB party won close to 31% of the vote, while the Socialists got 27%, but were able to form a government, supported by the predominantly ethnic Turkish Movement for Rights and Freedoms (10.59%) after GERB returned the mandate.

Interestingly, Bulgaria's anti-fascist uprising in 1944 has been named the most important event in the country for the past century by Bulgarians.

In 2011, the Communist takeover garnered 24.29% of the votes in a poll conducted at the beginning of last year, which aimed to elect the most important events for Bulgaria over the past century in different fields of life. The online and text messaging campaign was organized by the Bulgarian National Television.