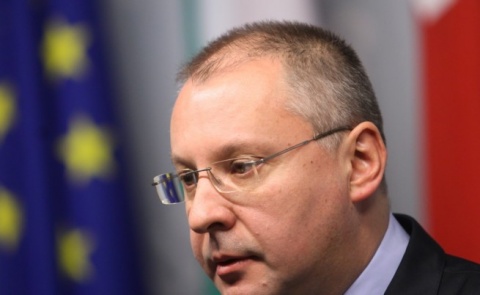 Sergei Stanishev, leader of the Bulgarian Socialist Party (BSP), has said that the government has an ambition to reinvigorate economic relations and projects with Russia.

Speaking Saturday at the 10th meeting of Russophiles in the southern village of Koprinka, Stanishev expressed regrets that the cultural connection between the two countries had faded slightly.

"We have the ambition, and this is an ambition of the government headed by Oresharski, to refresh economic relations and projects between Bulgaria and Russia. Not in order to serve foreign interests, as our opponents claim, but in order to make sure that Bulgaria develops as a modern, economically strong and technologically advanced country, which has a powerful voice," the socialist leader stated, as cited by mediapool.bg.

His statement indicated that projects like the South Stream gas pipeline and the Belene nuclear power plant (NPP) had the potential to give Bulgaria a much stronger position on the European map thanks to billions in investments in the Bulgarian economy and local job creation.

The leader of BSP informed that the issue of pensions of Bulgarians who had worked in the former USSR was also among the priorities of the existing socialist-led coalition government.

"During the term in office of the three-way coalition government, an agreement was signed, but over the past 4 years too little was done for the implementation of that agreement. We must go back to the practical aspects of its implementation now because the issue concerns thousands and thousands of Bulgarians," Stanishev declared.

Regarding the anti-government protest on September 4, the first day in office of MPs after the summer recess, for which center-right party GERB fetched 10-15 busloads supporters, Stanishev said that BSP had always been aware of the fact that the rallies had been politically motivated, but September 4 had been the day when the masks had come off conclusively, making it clear that GERB had staged the demonstrations.

He insisted that the organization of the series of anti-government rallies, which started on June 14 in response to the election of controversial media tycoon Delyan Peevski as Chair of the State Agency for National Security (DANS), was characterized by "very strong political and economic elements."