Sofia Will Not Hold Referendum on Termination of Water Concession 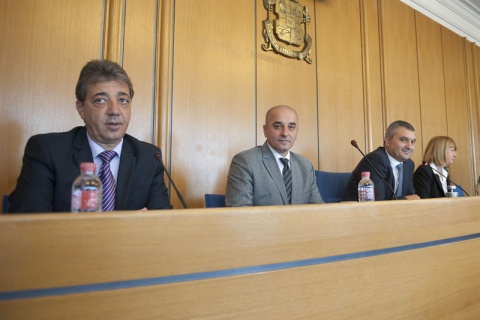 Following a three-hour debate, the proposal was voted down with 38 votes against, 11 votes for, and no abstain votes.Photo by BGNES

The Sofia Municipal Council has rejected the proposal of the Bulgarian Socialist Party (BSP) and the ethnic Turkish Movement for Rights and Freedoms party (DPS) for holding a referendum on the termination of the concession contract with water utility Sofiyska Voda.

Following a three-hour debate, during which the municipal councilors exchanged views on the impact of the measure, the proposal was voted down with 38 votes against, 11 votes for, and no abstain votes.

The vote was held after a decision of a three-judge panel of the Administrative Court Sofia City dated August 1 ordered the Sofia Municipal Council to review its pronouncement on the proposed local referendum within a month.

The ruling concerned a decision of the Sofia Municipal Council from December 6, 2012 rejecting the organization of a local referendum on the issue "Should the concession contract between the Sofia Municipality and Sofiyska Voda AD be terminated?"

During Thursday's discussion, Sofia Mayor Yordanka Fandakova said that although "every mayor would like to have at least one referendum during their term in office", it was essential to pick an appropriate question and wording so that the public response to it would lead to immediate implementation.

Fandakova, as cited by the Telegraph Agency (BTA), suggested that most of the municipal councilors were aware of the negative consequences of the termination of the concession contract for the Sofia Municipality.

She reminded of the warning of Elen Gerdzhikov, Chair of the Sofia Municipal Council, that a unilateral termination of the concession by the municipality was likely to result in an obligation to pay around BGN 400 M to BGN 1 B in damages.

"It is unclear how and when the contract will be terminated but it is certain that this cannot happen immediately," Fandakova commented.

She emphasized the efforts of the Sofia Municipal Council to boost control over the implementation of the contract, adding that the councilors had fought to make the concession contract public for over a year.

Fandakova also boasted that the Sofia Municipal Council had made the concessionaire agree to participate in a revision of the contract which stipulated extremely profitable terms for the company.

She also drew attention to the fact that Sofiyska Voda had launched a number of inspections which the Sofia Municipal Council had requested over the past few years.