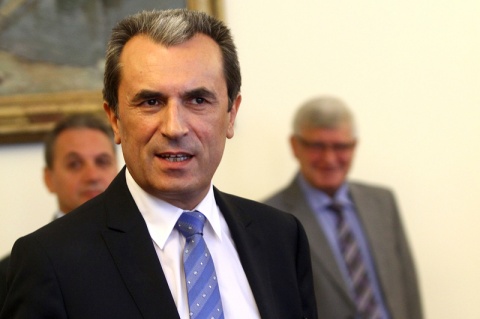 Bulgaria's Ministry of Economy and Energy has been tasked with inspecting all concession contracts, according to Prime Minister Plamen Oresharski.

Speaking Wednesday in Parliament, Oresharski explained that the government had revoked two concession contracts two weeks ago due to numerous irregularities.

Bulgaria's Prime Minister, as cited by dnes.bg, assured that the government would not hesitate to terminate contracts in cases where the concessionaires failed to fulfill their obligations.

He even vowed to refer concession contracts to the prosecuting authority in cases when there was sufficient evidence necessitating the step.

Oresharski explained that the terms of certain concession contracts would be reviewed in cases when it was necessary.

The Prime Minister's statement came in response to the renewed calls of nationalist leader Volen Siderov for a termination of the concession agreements with power distributors.

"Will you have the courage to crush monopolies robbing Bulgarian consumers," the leader of nationalist party "Ataka" asked in Parliament.

He insisted that inflated electricity bills and monopoly abuse had triggered the February wave of protests in the country.

"Will you be the first government to terminate the gold mining concessions awarded to foreign companies," Siderov inquired.

Oresharski replied that the program of the current government included a range of anti-monopoly measures, adding that the first steps of the Cabinet had been in the energy sector, such as the new pricing model at the State Commission for Energy and Water Regulation (DKEVR).

"The energy sector is far from the stage of sustainable development and the real work is yet to be done" he added.

He specified that the government's activities in the energy sector were aimed at reversing the losses of key producers and achieving a more sustainable system.

Oresharski argued that power distributors had not remained unaffected by the series of government measures, stressing that their profit margins had been downsized.