Refugees Are No Tourists! 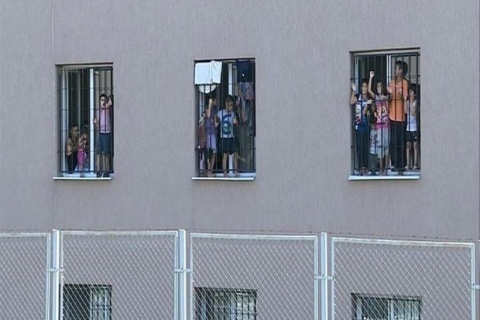 Bulgaria's Interior Minister Tsvetlin Yovchev has assured us that the country’s involvement in future military actions in Syria is not on the agenda. A potential escalation of tensions in the embattled country, however, and the ensuing refugee wave will definitely have a huge impact on Bulgaria, that's for sure.

Bulgaria’s EU commissioner Kristalina Georgieva stated on Monday that she doesn't expect a flow of refugees and that the European Union is ready to react. Meanwhile, Bulgaria’s Interior Ministry has begun selecting buildings that can be used for temporary asylums as well as ways to repair such premises.

Refugees have been coming to Bulgaria for two years already, but efforts to make sure they have proper living conditions have never been on the agenda.

So far, we have witnessed a revolt in the prison-like refugees' camp in the Bulgarian village of Busmantsi, read articles about the miserable living standards in the existing temporary shelters.

Every time the explanation given is one and the same: shortage of money.

Both the EU and the Red Cross, however, have given money to the refugees.

It is just that, in Bulgaria, the topic “human rights” has always sounded like it diverts our attention from the “serious issues”. Minister Yovchev says in case the conflict in Syria deepens, some 6 000-10 000 refugees may come to Bulgaria and Internet forums are overflowing with opinions by “concerned ” citizens, who say the refugees will bring terrorism attacks and eat the money they pay in taxes.

But refugees are no tourists, they are people fleeing hunger and war. They leave their home country without any luggage, without any money, sometimes even without any documents, they flee to save their own life and the life of their children. They need a chance to prove they can be active and effective citizens in our society, not a burden.

These people just want to save their lives. That's it! We are complaining that Europe does not want us into Schengen, that Britain doesn't want us, that the rich countries, like a rule, don't want us. We want open borders, we want rights, don't we?

Why then are we not willing to lend a hand to those that need it the most? We want to be citizens of the world but our vision reaches only the threshold of our own home.

From the outset of the conflict in Syria 2 million people have left their embattled homeland and their number keeps rising. Commissioner Kristalina Georgieva announced that around 7 million people daily need humanitarian assistance, mostly women and children.

Well, now we are part of the European Union and willing or not, we will have to get involved.