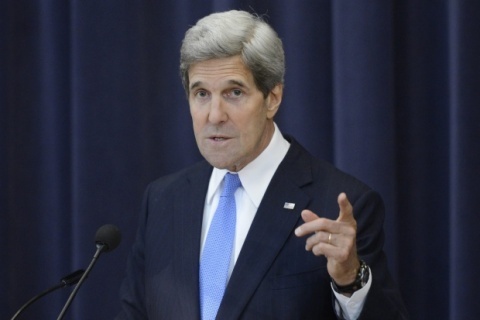 Sarin was the gas used in the 21 August chemical attack in Syria, stated US Secretary of State John Kerry Sunday.

Kerry reiterated the US's position that it has conclusive evidence that the chemical weapons were employed by forces of Syrian President Bashar Al-Assad.

The US State Secretary added that American intelligence authorities have "proven" that the gas used was sarin, which is classified by the UN as a weapon of mass destruction.

According to Kerry, US authorities received samples of blood and hair of casualties of the attack from emergency teams who arrived on the spot.

The US has pledged to act out with a tailored military intervention to prevent the further use of chemical weapons, but President Barack Obama has said he will consult Congress first.