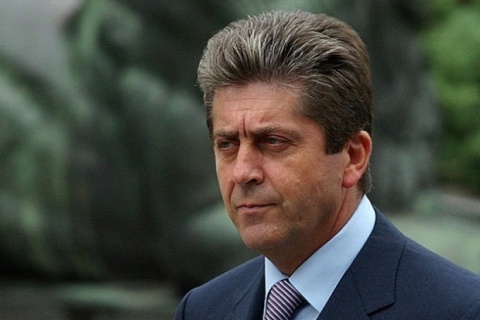 Speaking Saturday for the public Bulgarian National Radio, he explained BSP did not need simply younger people, but capable and knowledgeable ones, people who can advance not only the party, but the entire nation.

Parvanov explained the parties of former Tsar and Prime Minister, Simeon Saxe-Coburg, National Movement for Stability and Prosperity, NMSP, and of former PM, Boyko Borisov, Citizens for European Developments of Bulgaria, GERB, were a good example that youthfulness is not enough for a political formation to succeed.

The former President reminded that he has been calling for an overhaul of the left-wing leadership for two years now, stressing he was not led by revanchist ideas and personal ambitions in this debate.

"I watch the European left-wing and notice it is seeking new supporters in new social communities, among the most active segments of the population. It has been a decade-long now problem for the Bulgarian Socialists that active people do not see them as professing their ideas. We need organizational changes. I proposed to strengthen democracy inside the party as now the decisions of BSP are made by a very small circle of people, who have replaced all legitimate decision-making bodies. The current leadership is singling out some supposed enemies among their own and is closing itself in their own capsule," said Parvanov.

He explained that an authentic left-wing leader is always recognized by the large majority of people, but reiterated firmly he was beyond the stage in his life when he wanted to lead BSP.

"I led the Socialists during very difficult times, and I can say I was successful. From a party in "critical condition," I turned BSP into a party that wins elections," Parvanov stated.

For quite a while now, he has been relentlessly and especially critical of the role of the current leader of BSP and of the Party of European Socialist, PES, former Prime Minister, Sergey Stanishev.

After the end of his second 5-year term in office as Bulgarian president in early 2012, Parvanov did not hide his ambitions to reassume the leader's position of the Bulgarian Socialist Party and oust Stanishev, but had to give up his bid.