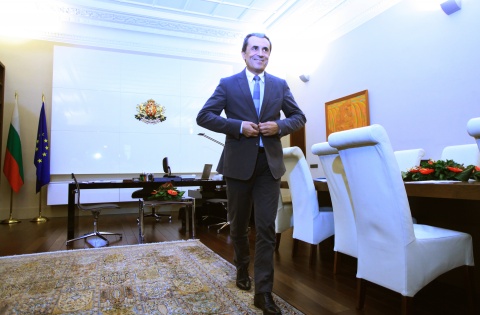 Chaired by Bulgarian Prime Minister Plamen Oresharski (pictured), the meeting is set to discuss the risks that the turmoil in Syria poses to the country's national security as well as the impact of the expected flux of Syrian refugees. Photo by Sofia Phot

Bulgaria’s governemnt Security Council will hold on Friday an emergency sitting focused on the situation in Syria and the emerging risks for Bulgaria’s security.

Chaired by Bulgarian Prime Minister Plamen Oresharski, the meeting is set to discuss the risks that the turmoil in Syria poses to the country's national security as well as the impact of the expected flux of Syrian refugees.

Bulgaria’s president Rosen Plevneliev, who serves under the Constitutions as commander in chief of the armed forces, may also take part in the discussions.

In an official statement, Bulgaria’s Foreign Minister condemned the act of chemical attack in Syria and confirmed that international community has not approched Bulgaria with requests to take part in a potential military intervention.

Meanwhile, on Wednesday the government allotted to the Interior Ministry BGN 500 000 to prepare 500 facilities where Syrian migrants can be accommodated.

Recent data shows that the number of Syrians who have fled their embattled homeland and headed towards Bulgaria is twofold, but local authorities are unprepared to provide appropriate living conditions for the refugees.

Alleged chemical weapon used in Syria near the capital of Damascus killed thousands of Syrian citizens on Wednesday, August 21 and triggered a wave of international talks on whether military actions should be undertaken against Bashar al-Assad's government.