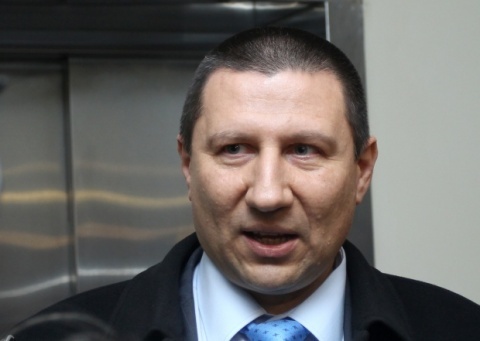 Bulgaria's Deputy Chief Prosecutor, Borislav Sarafov, will monitor in person the probe in the horrific traffic accident that killed a top computer expert.

The accident happened on the E79 road in Bulgaria's Kresna Gorge. A 62-year-old US citizen, who was Nikolov's in-law, was the first victim. The Bulgarian expert was among the nine injured and later died in the hospital.

The prosecution launched an investigation of the crash, but no one has been charged.

Nikolov was the Director of the National Lab for Computer Viruses at the Bulgarian Academy of Sciences, BAS. He was also the expert examining the notorious Chrysler Voyager, allegedly used by Tsvetanov and several subordinates to conduct mass unauthorized spying.

The Chrysler Voyager van was seized by the Prosecutor's Office for their probe in the anonymous tipoff of mass illegal spying on senior politicians, wealthy businessmen, and journalists, submitted by the leader of the Bulgarian Socialist Party, BSP, and former PM, Sergey Stanishev.

The Professor was the only expert to have confirmed the vehicle has been, indeed, equipped with spying devices.

His sudden death happened just one month after Tsvetanov was legally charged with allowing unauthorized mass use of Special Surveillance Devices, SRS.

The probe in the case is still ongoing, and, according to sources from the Prosecutor's Office, the delay is largely attributed to Nikolov's sudden death and the subsequent lack of expert report proving the van has been used for spying.

After the reports about the tragedy emerged, Gen Atanas Atanasov from the right-wing Democrats for Strong Bulgaria party, DSB, and former director of the intelligence agency, stated the sudden death was suspicious and disturbing.

The former Interior Minister, who is also the Deputy Chairman of the now-opposition, center-right Citizens for European Development of Bulgaria party, GERB, insists he is innocent, stressing the charges are groundless as every former and future Interior Ministry head could face similar ones.

Tsvetanov is also charged on a different count – obstruction of justice.