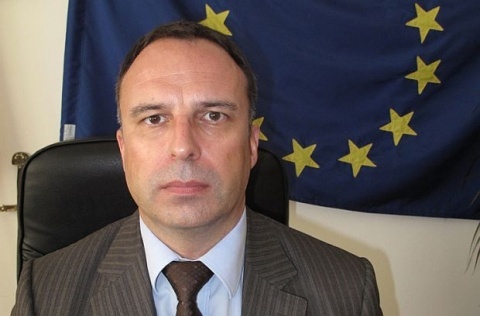 Rumen Porozhanov was the Head of the State Agriculture Fund in the last 2 years. Photo by Sofia Photo Agency

The Executive Director of Bulgarian State Fund Agriculture has handed in his resignation Wednesday morning.

Rumen Porozhanov, who has been the Head of Fund Agriculture for 2 years, has decided to withdraw from the post, the Bulgaria News Agency BGNES reported.

Prior to leading the Fund Agriculture, which is very important as it deals with payments of EU Funds for the sector, Porozhanov was Chief of Staff of Simeon Djankov, the Finance Minister in the cabinet of the formerly-ruling Citizens for European Development of Bulgaria party, GERB, of Prime Minister Boyko Borisov.

"I need to remind the leaders of the Three-Way Coalition that they are not the prime political authority and they are not given the moral right to indiscriminately replace all heads of Bulgarian agencies. I am sure that up to 8-9 months after Porazhkov's replacement as Chief of Fund Agriculture, Bulgarians will lose all EU financing," ex-PM Boyko Borisov wrote on his recently launched Facebook wall.

Earlier on Wednesday, Borislav Stefanov, the chairman of InvestBulgaria Agency submitted his resignation as well, after announcing his decision on Facebook on Tuesday.